For the past five years, I’ve been very intentional about celebrating the new moon. One result was publishing my first book, The Biblical New Moon: A Guide for Celebrating in 2016. Another unexpected outcome was discovering patterns within the monthly cycle. I’ll get to that in moment, but first, I’ll give you a comparison.

Most of my readers have been following the weekly Torah portions through multiple years. Those first several years garner more questions than answers as one’s heart adjusts to the Creator’s paradigm. But, as the years pass by, the Words of the Torah become more and more familiar, a comfort to the soul rather than a contention. Those questions from the early years have long been satisfied by the Words of Life.

Each year, the Spirit highlights certain words, phrases, or sections in the portions as He leads one through the wilderness. It’s always the perfect instruction in due time. I often say that as I follow the Torah portions, they also follow me. It’s like the water giving Rock that followed the children of Israel in the desert. I can see the themes from the portions playing out in my life, testing and encouraging me each week. I can’t imagine walking through life without their guidance, as they are my daily bread, just as sure as Yeshua is the embodiment of the same.

I have had a similar experience on the larger cycle of the months. Much like the Torah portions, they each have a personality (so to speak) that thematically links to real life. And, just as the Ruach HaKodesh highlights certain words, phrases, and sections new every year in the weekly Torah portion, He does the same for the months. The first few years I didn’t notice these patterns because all the information was fresh and new. I had more questions than answers as I attuned myself to this greater cycle through practice.

In the fourth year of being intentional, something shifted, just as it did when I first committed to the Torah cycle. If you’ve read my book (linked above), then you know that I included a great deal of Jewish tradition.[1]For example, I used their assignments of the twelve tribes of Israel for each month, and I included the twelve constellations (mazel) that fall in the ecliptic with the sun and moon each month.[2]There are generally four Torah portions within the months, giving even more layers that make up the personality or theme for the month. Moreover, many months have Biblical and/or traditional feast or fast days. All of these things and more are quite fascinating to meditate upon, and will lead to more understanding.

I think of it as zooming out from the weekly cycle to get a fresh perspective. On an even larger scale, one could zoom out to the yearly festivals, then to the seven-year cycle (Shemittah), and even further to the Yovel (Jubilee) cycle. Wheels within wheels all powered by the Spirit of God. All these cycles are constantly moving around you, your family, your assembly, and the greater Body. And, all these cycles have an order. They are NOT random or arbitrary, they are part of what Adonai has revealed to His people. But, we must choose to either move with them, swim against their current (which gets you nowhere), or ignore them altogether. (Ignorance is not bliss in this case; the cycles are there and working in our lives regardless of whether we choose to follow Him or not.)

Dt. 29:29 (NASB) “The secret things belong to the LORD our God, but the things revealed belong to us and to our sons forever, that we may observe all the words of this law.

I had the privilege of reading Barry Miller’s book, Know the Time Change Your World: The Reappearance of the Seven- and Fifty-Year Biblical Cycles, during these intentional years of celebrating the new moon. His book is very helpful at explaining how the rhythms of these cycles affect not only our spiritual lives, but also our tangible lives in the market, workplace, and finances. After all, Adonai is concerned about the whole person, mind, body, and soul. 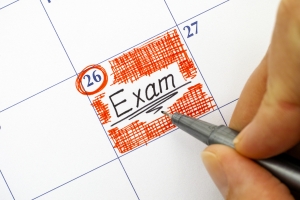 If you’ve been keeping the yearly feasts of Adonai for some time, you’ve probably noticed that things (good and bad) cycle around and around in the seasons. This is because judgment begins in the House of God. Feast days (including the weekly Sabbaths and new moons) are not just times of celebration. They are tests! We will be examined at the appointed times. As such, there are certain themes related to specific times. Perhaps you’ve already noticed this phenomenon on social media.

Every year, after the fall feasts, the identity of the Messiah is questioned, challenged, debated, and reimagined. Whether He is divine or not, Messiah or not, becomes explosive social media fare, destroying our witness regardless of how we view Him. Meanwhile, winter, Chanukah, and Purim are approaching. People in general begin to grow weary about their own identity. They question their purpose and struggle with foundational issues in life and in Bible study. Those that minister to others, really notice these patterns. It’s not chance.

Consider that after Sukkot, it is the “turn of the year.” It’s a type of new beginning. What’s at every beginning? A foundation must be built– whether physical or spiritual. If one has a shaky foundation, there is usually a great identity crisis. If one’s foundation was damaged in the previous year, they too, will struggle with a rebuild. What many consider “basic” or “foundational” issues will be challenged in this season. The Hebrew month’s that span this time frame are Kislev, Tevet, Shevat, and Adar.

Also consider the traditional winter festivals of Chanukah and Purim. They are all about the Jewish people fighting for their right to exist! Foreigners seek to wipe them off the map or conform them into an image of their making. The basic, foundational rights bestowed upon Israel by the Creator are being challenged. Is it a surprise that Messiah is challenged around this season? Or, that individuals search and struggle with who they are? I don’t believe so, because it’s part of the cycle. Sin and rebellion will exacerbate these issues.

That’s one example, I have many. I’ve been journaling about the monthly cycle for a while. I’ve written about my own struggles, and those that others have revealed to me at these seasons. I’ve also tried to pay attention to social media debates (in the Torah keeping world) and the months and seasons in which they occur. I have a dear friend that has given me more insight, and I hope to continue to collaborate with her. We hope to produce something more formal in the future.

Why would something like this be valuable? Testing and trials will not vanish, of course. They are part of our refinement. However, it would be encouraging to know that you are not alone, and that Adonai has good purposes and intentions towards us. It will also be a great resource for prayer! Many claim to be a watchman. A watchman can see what’s coming, sound the alarm, and prepare the army. If you are aware that certain issues in the natural or spiritual will be challenged or tested, then you know how to pray. You know how to stand. Your faith is built up to overcome. I believe the cycles of the Creator reveal these things to His people, so they can do just that: observe all His instruction. And, do so with a different heart, like Caleb, trusting that though there be giants, fortified cities, and Amalekites, we can overcome!

Num. 13:30 (NASB) Then Caleb quieted the people before Moses and said, “We should by all means go up and take possession of it, for we will surely overcome it.”

For now, I have a request for my readers. That is actually the point of this post! I wonder who would be willing to journal alongside me? I’d really like as much feedback as possible. I don’t need you to write a book, just notes about each month. What did you battle with? How did this compare to the weekly Torah portions that month? To the traditions from the Sages? To the feasts or fasts? What “blew-up” on social media? What did people need prayer for? What other patterns did you notice? To streamline what I’m looking for, I’ve devised the following chart. Feel free to print it out to use as journal pages or use it to create your own template.

[1]If you are anti-Jewish, anti-tradition, or fear things that are mystical, you need read no further. I believe in balance and using good Bible hermeneutics. However, I also believe the Sages and Jewish sources are valuable and have great wisdom.

[2]This NOT astrology. It has nothing to do with divination or deciding one’s fortune. That’s the perversion. Pagans didn’t put the stars in the heavens, HaShem did. The luminaries declare the glory of Elohim, which is the Good News. (Ps. 19) They also govern His moedim, His calendar, His appointments, and give Light to the earth as a testament to His authority over all the earth. (Gen. 1:14-19)