The Biblical Role of Women Part I

Bereshit or Genesis is irrefutably the foundation for the entire Bible. We would not only expect to find the start or “beginning” of all things, but also God’s original design, purpose, and function for His creation. We often forget that the world as we see it has been in a state of corruption for thousands of years. This of course is due to the fall of man and the ensuing reign of sin and death. But amidst all the chaos, our loving God, from the beginning, has had a plan of redemption in place for us and His creation. His focus is always on RESTORATION.

It is within that spirit that I write. My hope is for both men and women to find God’s restoration within their most intimate relationship: marriage. But in order for us to work toward that restoration, we need to understand God’s original design of the male and female. We can begin this process by committing to come to the Word of God with fresh eyes and willing hearts. We cannot allow cultural norms and centuries of tradition to have more weight than the Word of God. If we can agree on the previous two statements, then we are in a place where the power of the Word can effect real change in our lives (and the body of Messiah) for the better.

Male and Female He Created Them

What does it mean to be male or female? The Hebrew text suggests much more than gender. The Hebrew word for male is “zakar.” This is the same word for “to mark or to remember.” As I’ve mentioned in other places on this blog, to “remember” in Hebrew is much more than a mere mental assent. It involves action; to remember is to act on behalf of someone or something. Zakar is used in the Ten Commandments in regard to the Sabbath: “Remember the Sabbath day.” This commandment is not telling one to “think about” or “recall” the Sabbath; it is telling one to DO something – and that something is to enter into His rest.

Therefore, being male is the very same (in Hebrew) as “remembering” or “acting on behalf of.” In a restored state, the male remembers the commandments of God; that is, he keeps and guards the Word of YHWH. This is further demonstrated in the Ancient Hebrew Lexicon of the Bible under the entry for zakar (male/remember).

AHLB # 2121: Remember co: Male ab: Memorial: A recalling of events of the past or to act upon a past event. To remember in thought as a memorial or mention through speech. Also to act or speak on behalf of another. Male: The one of the family that remembers and passes down the family history through story and family name. Also the one who acts and speaks for the family.

When we see these seemingly unrelated ideas together in this manner, the Hebrew mindset starts emerging. While we are used to the Greek mindset and worldview that describes the appearance or form of a noun, the Hebrew’s focus is always on FUNCTION. Thus, a man is called male (zakar) for one reason in Hebrew. His designed function is to remember who YHWH is, what He requires, and then act on this knowledge. Likewise, he is the one that ACTS on behalf of his wife and children. A “male” passes his knowledge of the Creator to his children and they receive the “name” of their father.

Genesis chapter 1 uses the Hebrew word neqevah that we translate as female. Neqevah is the counterpart to zakar. These two must become “one flesh” to properly display the image of Elohim (God). The Ancient Hebrew Lexicon of the Bible defines our term this way:

AHLB# 2430: Pierce: To make a hole by piercing. Also to curse in the sense of piercing through. Curse, express, blaspheme, bore, name, pierce, appoint, hole, strike Hole: Female: As with a hole. Female, woman, maid.

Other than the obvious sexual connotations, this word also implies walls, structure, and boundaries. This can easily be visualized if we think of a “hole;” it is surrounded on all sides. This is precisely why neqevah has cognates that mean to designate and a setting (as in the setting of a precious stone). Dr. Moen suggests that these Hebrew words describe the function of a female; she is a natural boundary setter or protector of boundaries. As we examine the Hebrew account of Genesis and the woman, his suggestion becomes more of a matter of fact as we shall see.

So far we have discovered:

God’s spoken purpose for mankind was to rule and subdue the earth and all its many creatures. In order to fulfill this mandate, Adam and Chavah (Eve) would have to multiply and fill the earth with their offspring. (Gen.1:26-28) YHWH is more specific in Genesis chapter 2 in reference to man’s purpose. He is to dress and keep the garden (vs.15, NASB). The Hebrew terms are avad and shamar. Avad means to work or serve; shamar means to hedge, protect, or guard. In other words, man’s obligation to God is to “work” by serving the creation. This is a holy act of worship. When man fulfills his function, he not only serves the creation, but himself. This is the natural result of his service to the creation or garden. You might even say Adam’s work (deeds) brings him blessings. This is a symbiotic relationship, perfectly designed by the Creator. As Adam works the adamah (ground), the very substance of his being, he is also worshipping the Creator.

In Genesis chapter 2, God explains how the one adam became two – male and female – with the introduction of Chavah (Eve). God calls her an ezer kenegdo (suitable helper). This was her divinely designed purpose. She has a special role to play in the life of Adam.

Looking at the text line by line, we see first that God places the man He had made in the garden and then, gives the him the first commandment. It’s a dietary law: “From any tree of the garden you may eat freely; but from the tree of the knowledge of good and evil you shall not eat, for in the day that you eat from it you will surely die.” (Gen. 2:16-17 NASB)

Keep this context in mind as to what God says and does in the next verse: Then the LORD God said, “It is not good for the man to be alone; I will make him a helper suitable for him.” (Gen. 2:18 NASB)

How many of us have stopped and considered the implications of these verses being juxtaposed together like this? Why does YHWH give Adam the first commandment and then IMMEDIATELY tell us that Adam needs an ezer kenegdo (suitable helper)? Dr. Moen also asks, “How can we ignore the obvious conclusion that the purpose of the ezer kenegdo is somehow connected to the command for Adam to obey?” [1] This is where the story in the Hebrew gets really interesting.

An ezer is literally an aid, a help, a guard, and a protector. In nearly all of its uses in the Tanakh (O.T.), ezer is used in reference to YHWH (the LORD).

Ex. 18:4  The other was named Eliezer, for he said, “The God of my father was my help (EZER), and delivered me from the sword of Pharaoh.”

Dt. 33:26 “There is none like the God of Jeshurun, Who rides the heavens to your help (EZER), And through the skies in His majesty.

Hos. 13:9 It is your destruction, O Israel, That you are against Me, against your help (EZER).

What are we supposed to make of this? Why does the Bible use language in the creation of Eve that is normally only used in reference to YHWH? Have we made a tragic mistake in assuming that Chavah (Eve) was created to be a simple domestic assistant to Adam? Following the hermeneutic rule of complete mention demonstrates that Eve’s role is far more important than our cultural norms exhibit. Is Chavah’s purpose and function to be a help to Adam in a similar way that God is a help to us? The Hebrew text implies the affirmative. In other words, Chavah is a type of spiritual guide to Adam. Her entire existence is to “help” Adam fulfill his divinely created purpose – to obey the Words of YHWH. It is in this way she aids and protects Adam.

But, there is more to this story as we have only examined the ezer. The Hebrew kenegdo is actually a compound of two prepositions, ki and neged. Neged can mean before, in front of, corresponding to, against, opposing, and opposite.[2] Ki usually means like or as. When we put ezer with this peculiar compound preposition, the implication is a help/protector/rescuer that opposes or is against. That may sound like a contradiction. However, the commentator Rashi makes a rather eloquent point about this text, “If he [Adam] is worthy, [she will be] a help [ezer]. If he is not worthy [she will be] against him [kenegdo] for strife.”

Do we not also see Israel’s ezer, YHWH, helping us in this same manner? When we are walking uprightly He is our help, but when we stray, is He not against us? YHWH performs the role of ezer to steer us toward righteousness. His desire even when He is “against” us is to turn us back to repentance. In similar fashion, that is the God ordained purpose of the woman.[3] Dr. Moen describes it this way:

The text suggests that she is designed for the specific purpose of maintaining obedience between her man and God. She is his intercessor. She is to guard his relationship with the Creator, support him when he embraces God’s direction and oppose him when he does not. She is the helper-opposite in the only arena where he needs additional attention. Not work, not world-changing assignments, not dominion, not stewarding – but spiritual awareness and obedience. Without her, the man is at great risk and particularly vulnerable.[4]

If this is God’s original design for woman, what then happened at the fall?

[3] Before jumping right to the New Testament scriptures to “prove” this is not the case, we must finish our examination of the beginning. We cannot read our personal convictions and dogma back into the Genesis text. We must carefully handle the Word of truth. We cannot let our current paradigm interpret the Word; rather, we must let the Word interpret itself.

35 thoughts on “The Biblical Role of Women Part I” 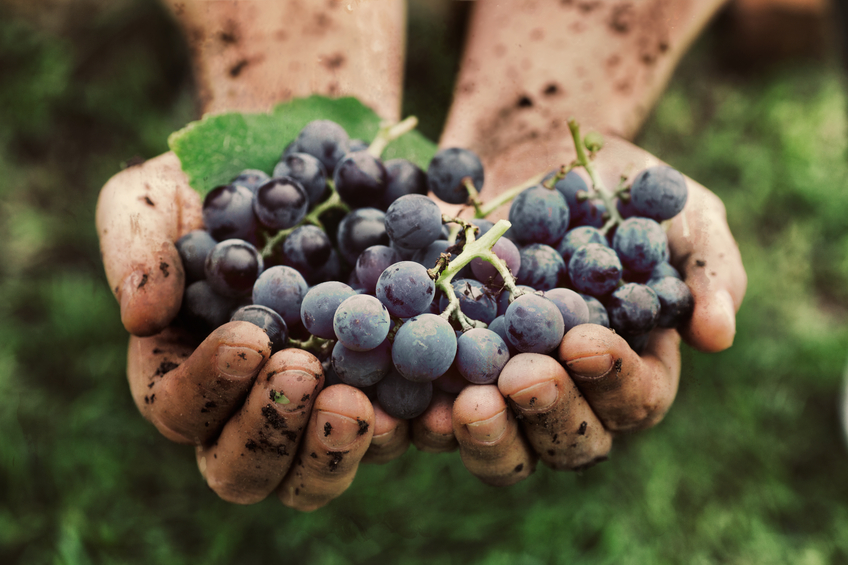 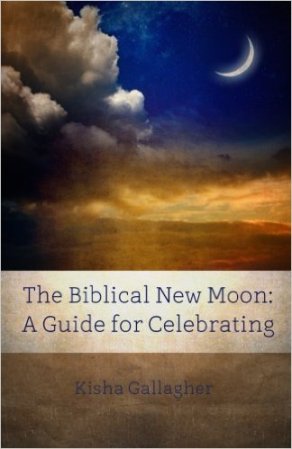